What started in the ancient times, as a way to keep the agricultural lands intact within certain groups and ensure social and economic stability, marriage today has acquired a wholly new meaning. During the agricultural economy, marriage was between two families decided by elders, with absolutely no say for the young boy and girl involved.

Interestingly, to keep alliances and the wealth within the family, those days most marriages were between second cousins and third cousins. At times, it was not uncommon for the brother to marry a widowed sister in law. It was a normal thing those days. Polygamy was widely prevalent until later some kings ensured monogamy by decree.

As the institution evolved, the religious powers (Churches, temples, mosques) began to play a key role in marriage with a view that the man-woman relationship had to be sanctioned by God.

Things changed further when the agricultural economy moved to the industrial economy. It was then that people could find jobs on their own away from family lands and that new empowerment changed relationships forever.

The young men and women now had the power to make their decisions independently. That was the start of “love marriages”. But it wasn’t until 50 years ago that women started getting equal rights.

Today men and women have equal rights to choose their partners, although in many countries families still play a major role in marriage.

SHARE:
Posted by Rajasekar KS at 9:03 PM No comments

Read a chapter - the inner mind of husbands 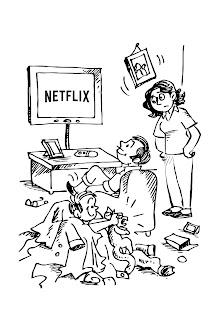 Here's a book that reveals the "inner mind" of husbands.

I’m happily married for 25 years now. I truly believe that the wife-husband relationship is a beautiful one that everyone should be blessed with. The way a man thinks is completely different to a woman’s inner mind. That’s what makes a couple’s relationship exciting, intriguing and sometimes challenging.

My book is a guide for married women to understand how the husband thinks and responds. I hope this book offers you a “new understanding” and helps improve your relationship with your partner. I appreciate your time and effort in reading this book.

SHARE:
Posted by Rajasekar KS at 10:25 PM No comments

My Book on Goodreads.com 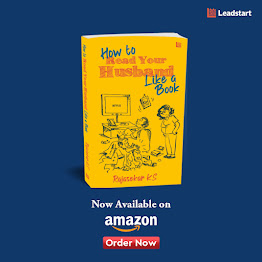 Married women. Are you losing hair thinking about why your husband forgets your birthday, leaves wet towels on the bed, doesn't notice your new hair style, watches TV when you talk to them – pick up this book to understand their inner mind and laugh your way through marriage!

Rajasekar KS
Award-winning marketer, speaker and writer, Rajasekar KS has been happily married for 25 years. For the last eight years, he’s been in the matchmaking industry with the Indian online matrimony leader, BharatMatrimony, where he spearheaded projects, including the launch of ‘happymarriages.com, India’s guide to a happy marriage’, the ‘Happy Marriage Workshops’ attended by over 30,000 people and a ‘Happy Couples’ program that included over a 1500 interviews with newly married couples. He has been recognised among India’s Powerful Influencers 2020 by Adgully, listed in Top Content Professionals by Adobe & Paul Writer (2017 & 2018), recognised by Express Writers USA in the Top 100 Content Marketers, and ranked among the top 50 marketers in India by the World Marketing Congress. He speaks on culture, content marketing, social media and technology at various forums including Internet and Mobile Association of India, Exchange4Media, IFMR and social media summits. Occasionally, he has written for the online edition of Economic Times (Tech), Business World and Business Line.